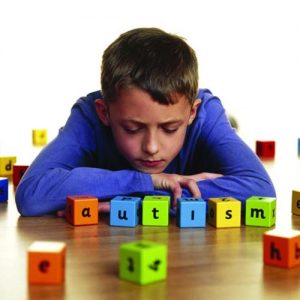 CDC estimates 1 in 68 children has been identified with an Autism Spectrum Disorder (ASD). Track your child’s development and act early if you have a concern.

More children than ever before are being diagnosed with Autism Spectrum Disorders (ASDs). Like the many families living with ASDs, CDC considers ASDs an important public health concern. CDC is committed to continuing to provide essential data on ASDs, search for risk factors and causes, and develop resources that help identify children with ASDs as early as possible.

Tracking the Number of Children Identified with Autism Spectrum Disorders

CDC’s National Center on Birth Defects and Developmental Disabilities has been tracking ASDs for over a decade through the Autism and Developmental Disabilities Monitoring (ADDM) Network. The newest estimates from the ADDM Network are based on data collected in 11 areas of the United States during 2010. These 11 communities comprised over eight percent of the United States population of 8-year-olds in 2010. Information was collected on children who were 8 years old because previous work has shown that, by this age, most children with ASDs have been identified for services.

Content source: National Center on Birth Defects and Developmental Disabilities, Division of Birth Defects and Developmental Disabilities
By: Office of the Associate Director for Communication, Division of News and Electronic Media
URL for this page: http://www.cdc.gov/ncbddd/autism/data.html
From Centers for Disease Control and Prevention, March 28, 2014

April is Autism Awareness Month… and we have iPads, Supplements and Celebrity Auctions, OH MY!