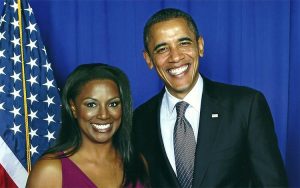 Updates:
Legal authority for the program has been renewed
Updated: Thursday, November 17th, 2011 | By David G. Taylor
In September 2011, both the U.S. House of Representatives and Senate passed the Combating Autism Reauthorization Act of 2011. President Barack Obama signed the bill into law on September 20, 2011.

The new law is a follow-up to the Combating Autism Act of 2006, which expired at the end fiscal year 2011. The act re-authorizes funding to combat autism for three additional years. Approximately $66 million of the total $693 million authorized by Congress will go toward funding the Developmental Disabilities Surveillance and Research Program. Around $144 million will be allocated to autism detection and education. The remainder will pay for items such as research grants at the National Institutes of Health.

Note, however, that Congress merely authorized these funds; it did not appropriate them. This means that Congress has approved spending limits for these programs but hasn’t yet made the funds available. The Combating Autism Reauthorization Act is a big step toward fulfilling President Obama’s promise, but until Congress actually puts its money where its mouth is, we will continue to rate it In the Works.

The White House – Office of the Press Secretary, statement, September 30, 2011.

The Times (Trenton), “Autism funding bill expected to be signed into law; among the advocates is Rep. Chris Smith,” September 30, 2011.

Autism is a developmental condition that usually appears before age 3. Though the severity of symptoms vary, autism-related disorders decrease a person’s ability to communicate with and interact with others. According to the Mayo Clinic, an estimated three to six out of every 1,000 children in the United States have autism, with the number of diagnosed cases rising in recent years, for reasons that are a matter of dispute.

The administration took the first step toward full funding when it included $211 million for autism-related activities in its fiscal year 2010 budget for the Department of Health and Human Services. That sum includes $141 million for the National Institutes of Health, $48 million for the Health Resources and Services Administration and $22 million for the Centers for Disease Control and Prevention. And the relevant House and Senate appropriations bills are expected to either fully fund his request or come close.

The White House says that both chambers’ bills fully fund the president”s request for autism-related activities at HRSA and CDC, but neither bill specifies a funding level for autism research at NIH. That’s because both bills include language objecting to earmarking funding for research on particular diseases or disorders. Still, the White House said that NIH expects to be able to fund autism activities at the president”s requested level given the amount of funding that NIH would get in total.

The House has passed its version of the appropriations bill, while the Senate version has cleared committee and is awaiting action by the full chamber. Once the Senate passes the bill, members of the House and Senate would produce a single bill that then has to be passed by both chambers and signed by the president. Congressional appropriators are aiming to have the remaining bills passed by Thanksgiving, but that deadline could slip.

Meanwhile, the president on Sept. 30, 2009, announced that NIH will “provide the largest-ever infusion of funding into autism research” using a portion of $5 billion allocated to research under the economic stimulus package.

“Across the country, grant recipients will have the opportunity to study genetic and environmental factors of a disease that now touches more than one in every 150 children,” Obama said during a visit to NIH. “What we learn will hopefully lead to greater understanding, early interventions, more effective treatments and therapies to help these children live their lives and achieve their fullest potential, which is extraordinary.”

On Nov. 4, 2009, NIH announced the awarding of more than 50 autism-related grants for autism research, totaling $65 million.

Until the appropriations process is complete, we’ll call this promise In the Works.
Sources:
Barack Obama, remarks by the president at the National Institutes of Health, Sept. 30, 2009

April is Autism Awareness Month… and we have iPads, Supplements and Celebrity Auctions, OH MY!